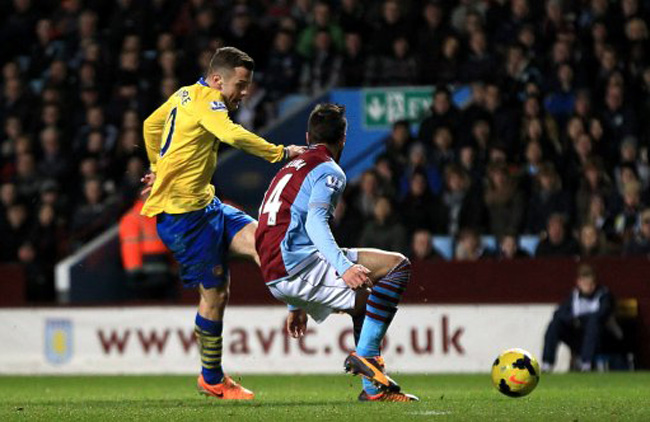 After coasting through the first-half and going in at the break two goals up, Arsenal looked set for a straightforward romp at Villa Park on Monday night, only for the home side to finally show some fight in the second period. Quickfire goals (a mere 17 seconds elapsed between the first and second!) from the outstanding Jack Wilshere and Olivier Giroud had put the Gunners in the driving seat in a first-half which they completely dominated.

However, after the break, Paul Lambert’s men rallied as the Gunners took their foot off the gas, with Christian Benteke ending his goal-drought to set up an exciting final act. However, the visitors dug deep, with Per Mertesacker superb in defence as they ultimately secured the win which puts them back on top of the table.