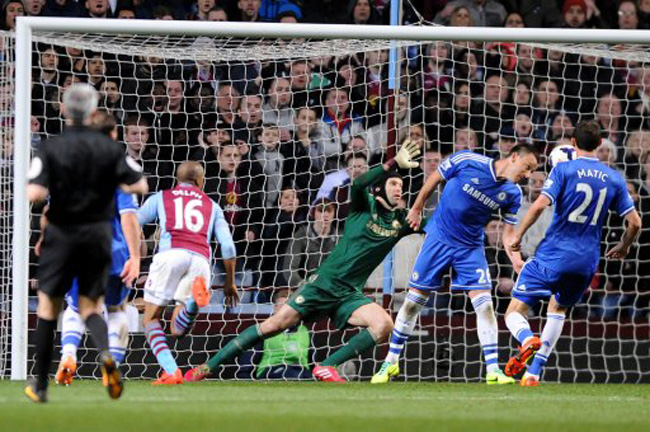 Just when Chelsea looked like being hot favourites for the Premier League title, they go and lose at Villa Park in a bizarre game which saw two Blues’ players, and Jose Morinho himself, sent off.

The visitors struggled to create clear-cut chances in the game and it was Villa, who impressed throughout, who eventually bagged the only goal of the game, courtesy of Fabien Delph on 82 minutes. That goal had come after Brazilian winger Willian had been sent off for a second bookable offence. And soon after Delph’s goal, things went from bad to worse for Chelsea, with Ramires seeing red for a shocking challenge and Mourinho sent to the stands for complaining to the referee.