That sound you can here is several thousand Villa fans whooping in frenzied joy as they run in naked, swivel-eyed unison through the streets of Birmingham.

Announcing the news via a brief, fairly perfunctory statement on their website (you feel they may have had it typed up and sitting in their drafts for a while now), the Villa heirarchy decided to pull the trigger after Tuesday evening’s 2-0 defeat against Hull City – a result which saw them slide into the relegation zone.

Here’s the damning case for the prosecution: Villa’s frankly abysmal record under Lambert, examined against all the other teams that have been present in the league for all three seasons… 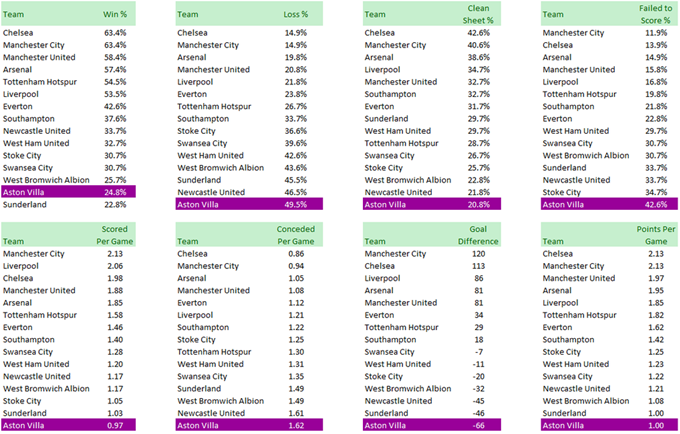 Bottom in everything bar win percentage. Truly dreadful on all fronts.

Seriously, how have they not been relegated by now?