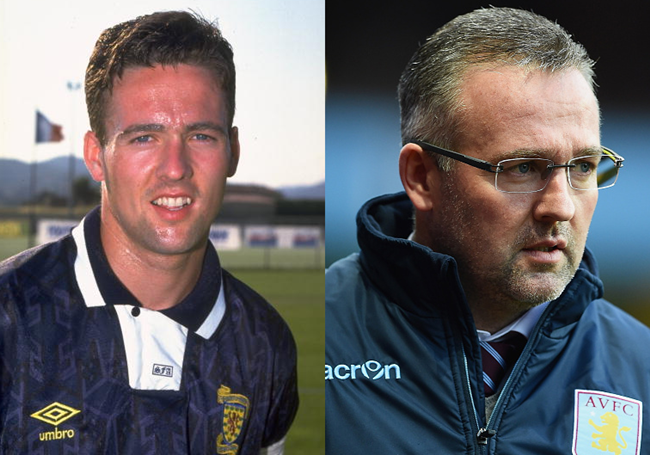 Fame and fortune can be such fickle companions, and so today we reflect on said fickleness as we consider the life and times of Paul Lambert, who was born 46 years ago this very day in Glasgow.

In terms of the general public eye, Lambert is now most remembered as the manager of the Aston Villa team that took the concept of dour, uninspired hopelessness to new levels. However, it’s easy to forget that when he was appointed Villa manager in June 2012 it seemed a progressive choice.

As a player with St Mirren, Lambert won his first senior winner’s medal in 1985 in the Scottish Cup Final. Motherwell signed him in 1993 and, while playing for ‘Well in the UEFA Cup of 1994/95, he came to the attention of Borussia Dortmund manager Ottmar Hitzfeld.

The German side signed him up and Hitzfeld deployed him as a defensive midfielder. In the 1997 Champions League final Lambert’s job was to keep Juventus maestro Zinedine Zidane quiet.

He not only did that, he also put the cross into Karl Heinz-Riedle that set up Dortmund’s opening goal in a famous 3-1 win.

That victory meant Lambert was the first British player to capture a Champions League winners’ medal since the competition was rebranded as such in 1992.

Lambert went on to win four SPL titles, two Scottish Cups and two Scottish League Cups with Celtic (scoring a few belters along the way), also captaining the side that reached the 2003 UEFA Cup final against Porto.

Lambert began his managerial career with Livingston in 2005, before going on to work for Wycombe Wanderers, Colchester United and, perhaps most successfully, Norwich City. Lambert led the Canaries to significant heights before, in 2012, taking the job of manager at Villa Park, replacing the much-adored fan favourite Alex McLeish.

His stock was high, as were hopes he would revitalise the fortunes of the sleeping giant, but Lambert was unable to break the seemingly unending cycle of nothingness at the West Midlands club and, after three seasons in charge, he was ushered out of Villa Park to be replaced by Tim Sherwood.

His departure meant that, for the first time in 30 years, no team in England’s top flight had a Scottish manager – a dark, dark day for football.