Previous experience be damned. Dwight Yorke has applied to take over as manager of Aston Villa, one of the biggest clubs in the land, in the wake of Steve Bruce’s sacking earlier this week.

As you may recall, Bruce was dismissed mere hours after having a cabbage thrown at him before Villa’s 3-3 draw against Championship propper-uppers Preston in midweek.

Yorke has since submitted his CV and wishes to be treated as a serious candidate, though he’s still waiting for a response from his former club.

Allowing his media pals to do all the PR leg work, the 46-year-old Trinidadian near enough dictated his covering letter during a natter with Sky Sports News on Friday:

It’s a job I’m 100% interested in, I’ve made it very clear I’d like to speak to the football club. Whether that happens or not I’m still waiting on a telephone call.

I’ve made the necessary move and I’ve sent in my CV and I’m actually trying to make contact with the chief executive of the football club so I’m doing everything on my side to make sure I’m given that opportunity to speak to that football club.

I’ve seen the club go from a very strong club in world football to where it is at the moment. I’ve felt that the club do need something a bit new.

While we’re on the subject of credentials… 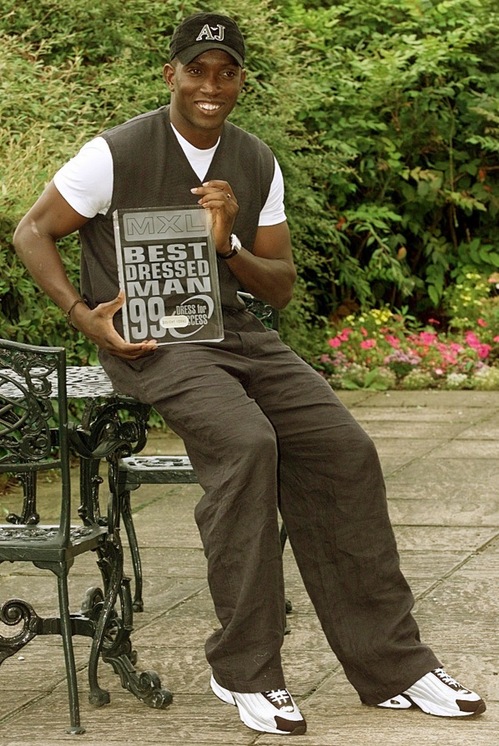 Yorke, who scored 97 goals in a sliver under 300 games for Villa between 1989 and 1998, also revealed that he sought advice from a true managerial titan before making his application official.

I’ve spoken with Tim Sherwood and asked him what was the matter with the club. He gave me an insight into what he might have failed on and not got right, so having that knowledge from Tim does give me more of an insight in what is needed at the football club.

Aston Villa need something new. I played for them and understand the club and understand what the fans expect. I feel I can bring a winning mentality back to the football club.

That’s sealed it then. He’s got absolutely no chance of becoming their manager, but bless him for having a go.

As the bookies have it, David Moyes is currently favourite to step into Bruce’s breach, with Thierry Henry, Paulo Fonseca (Shakhtar Donetsk), Dean Smith (Brentford), Brendan Rodgers, John Terry and the ubiquitous Sam Allardyce also said to be in the running.