Four Prem gaffers are under immense pressure right now, with the possibility that all four could be out of a job come February. The beleaguered quartet are: 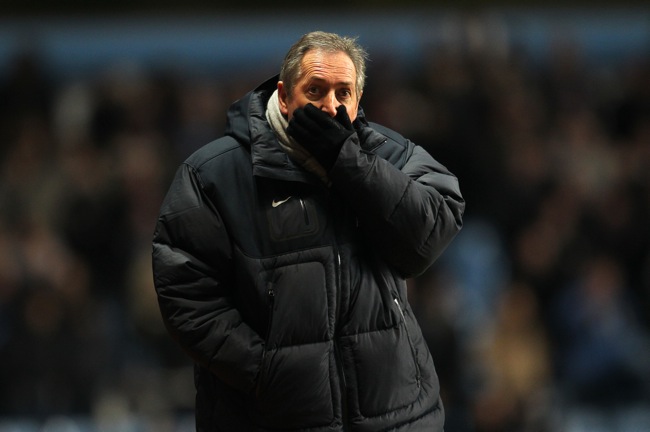 Gerard Houllier, Aston Villa – It’s worse than we first feared. Nurse, the screens… The doddery Frenchman has already fallen out with some key Villa first-teamers, including John Carew and Richard Dunne, and has dragged Villa into the relegation zone. The purchase of Robert Pires was a sign that old Gerard may be a bit out of touch with the demands of the Prem these days, and so it’s proving. Come back Martin O’Neill, all is forgiven etc. etc.
Odds on being next Prem manager sacked: 12/1 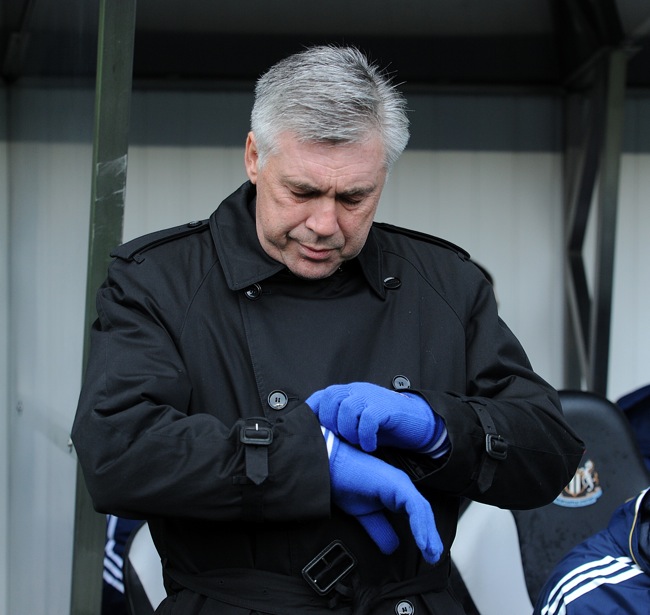 Carlo Ancelotti, Chelsea – Ever since Ray Wilkins was ordered out of Chelsea, Carlo Ancelotti has cut a lonely figure at the Bridge, with only his massive, arched eyebrow for company. Chelsea’s form has also taken a dive, and it now looks like the Blues might not even qualifiy for next season’s Champions League. You only have to look at Chelsea’s bench to see that their squad is much, much weaker than in recent seasons, and with Frank Lampard, Didier Drogba, Michael Essien and John Terry all off colour for various reasons (injury, malaria, shagging etc.), it’s enough to prompt Roman Abramovich either to sell up or give Guus Hiddink another rescue mission.
Odds on being next Prem manager sacked: 5/1 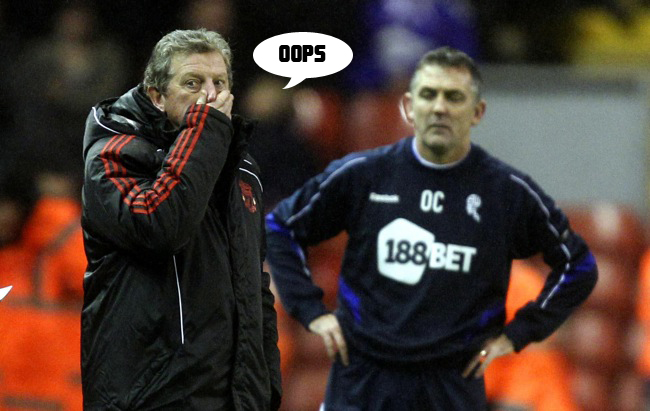 Roy Hodgson, Liverpool – It was clear almost from Day One that Uncle Woy was not welcome at Anfield, at least not welcomed by those backwards-looking Liverpool fans who still labour under the delusion that LFC IS A BIG CLUB. Bring back King Kenny! Bring Shankly out of cryongenic freezing! Rushie still looks trim! The cruel fact is, LFC is no longer in the top echelon in English football, and the hiring of Hodgson only confirmed that fact. But whilst Hodgson landed his dream job, he soon realised it would be a near-impossible job; a nightmare job, even. In defence of the many LFC fans who have slated Hodgson again and again, their manager hasn’t looked the part at all (remember the epic facerub), and at times it seems he doesn’t really know what he’s doing. Turning Liverpool into Fulham is not the solution (Paul Konchesky went down well, eh), neither is playing a first-rate central midfielder on the wing, as Woy has done more than once to the exemplary Raul Meireles. Neither has Woy managed to unlock the secret to Fernando Torres’ massive loss of form. This isn’t the dream NESV bought into, and John Henry will surely put Hodgson out of his considerable misery soon.
Odds on being next Prem manager sacked: 1/2 fav 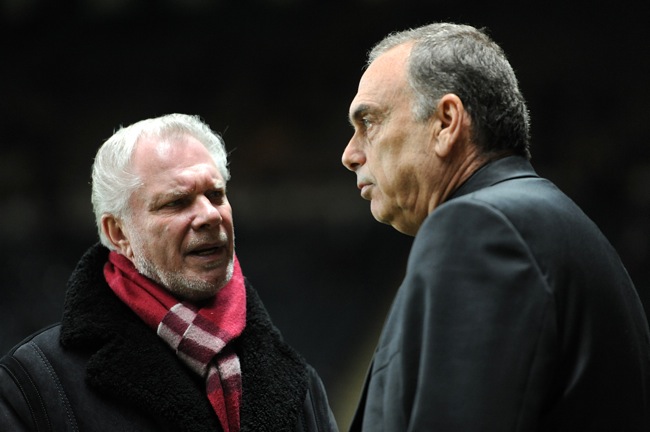 Avram Grant, West Ham – Like the other three men on this list, Grant is an avuncular and essentially decent man. Perhaps that’s where these managers are going wrong: too nice? Maybe some hairdryer/mind games lessons from Fergie would help. Anyway, despite a decent Christmas period, Uncle Avram is really testing the bloody patience of Messrs Gold & Sullivan, and after last night’s drubbing at Newcastle those relegation alarm bells are ringing out loud around the Boleyn.
Odds on being next Prem manager sacked: 7/4

Who do you think will win this four-way sack race? And who deserves to, if any of them?

I think Grant will get the chop first, though I think Houllier is most deserving for the woeful job he’s done at Villa so far. Let’s be having you…