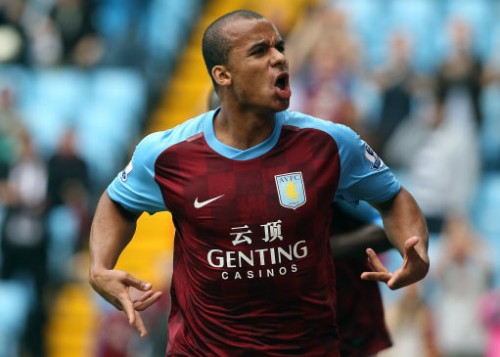 One wonders how much good new boss Alex McLeish will do for his Villa players’ international prospects, but according to muscular hitman Gabriel Agbonlahor, former manager Gerard Houllier “killed” his England hopes.

The striker said: “Gerard was not much of a talker, it was more McAllister, but he was not very good to be honest. I did not really get on with him. When I got a chance I thought I’d done OK. Then you go four or five games without playing.”

According to Agbonlahor, the Frenchman was also way off the mark when he criticised his weight training regime, stating that the striker’s increased bulk was slowing him down.

“I don’t think he knew what he meant to be honest, ” said Agbonlahor. “I added strength to the pace. If I did not have the strength people would have said I was not strong enough to play. You can’t win.”

Houllier stepped down at the start of the summer, due to ill health, with Birmingham boss McLeish taking over at Villa park. Agbonlahor may well be happier now, but the jury is still out on whether McLeish is the man to give the proverbial sleeping giant the kick up the backside it needs.