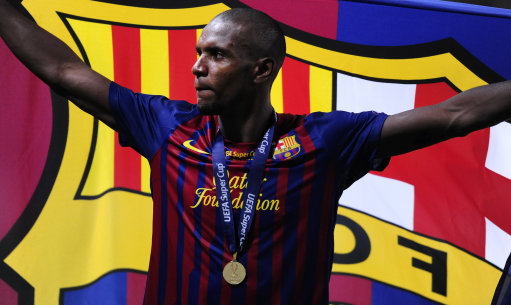 Barcelona have just announced that Eric Abidal is to undergo an emergency liver transplant at some point ‘in the coming weeks.’

“In the coming weeks, Abidal will undergo a liver transplant, given the development of his liver illness. The transplant was an option as indicated from the start of treatment a year ago.

“At the express wish of the player, the Club requested the utmost respect for the right to privacy and confidentiality. “

The news comes an exact calendar year since Abidal was first diagnosed with having a benign tumour in his liver, a tumour he underwent successful surgery to remove several week later.

He then made his playing comeback just 48 days later, coming on for an emotional cameo in Barca’s Champions League semi-final second leg victory over Real Madrid last year.

As we said this time last year, best of luck and get well soon Eric. Pies are rooting for ya!