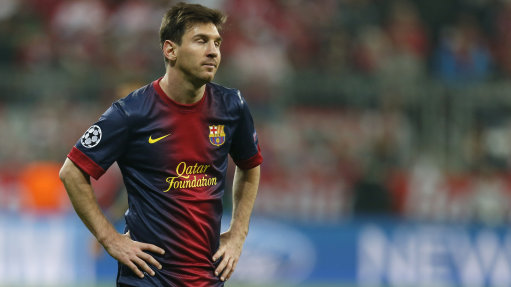 Let me tell you how it will be: one for you, nineteen for me

After he was his father were issued with a court summons last week over unpaid tax, Lionel Messi has settled his bill with the Spanish taxman by paying a lump sum of €10million (around £8.5million) – which is over double the amount that he was originally thought to have owed.

Rated by Forbes as the tenth richest sportsman in the world, Messi was indicted for €4million in unpaid back taxes and is still (along with his father, Jorge) due to appear in court in the Catalan town of Gava in September as things stand in order to answer allegations that he and his financial advisers illegally “rerouted image-rights revenues through offshore tax havens to avoid paying income taxe due in Spain.”

For the record, the Messi camp claim to have been “fully compliant” in all their tax dealings over the years.

Therefore the €10million payment is reportedly to cover the tax due on Messi’s image rights for 2010 and 2011. An agreement is still in the offing regarding the original €4.1million in unpaid tax that Messi was originally summoned to court over, though Catalan newspapers are reporting that another payment is imminent as the Barcelona star is desperate to avoid a court appearance.