The only thing Pies have ever been given while walking through a luxury hotel lobby are dirty looks, but as Lionel Messi sashayed through his lodgings on Monday he was bequeathed a portrait of himself made entirely from coloured Swarovski crystals and estimated to be worth around $50million (£33million).

The audacious gift came courtesy of a Colombian artist by the name of “Mr. Bling” (or “Mauricio Benitez” to his mother), and was greeted with a look of pure “what the hell is this? I never asked for this” from a suitably unimpressed Messi, who – if the photo is anything to go by – looks like he gets given $50million crystal portraits of himself every other day… 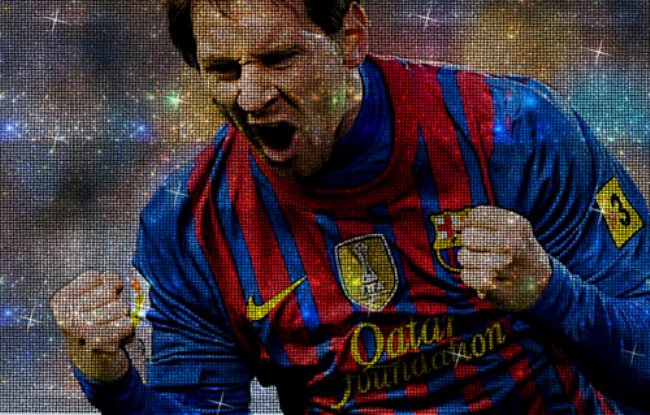 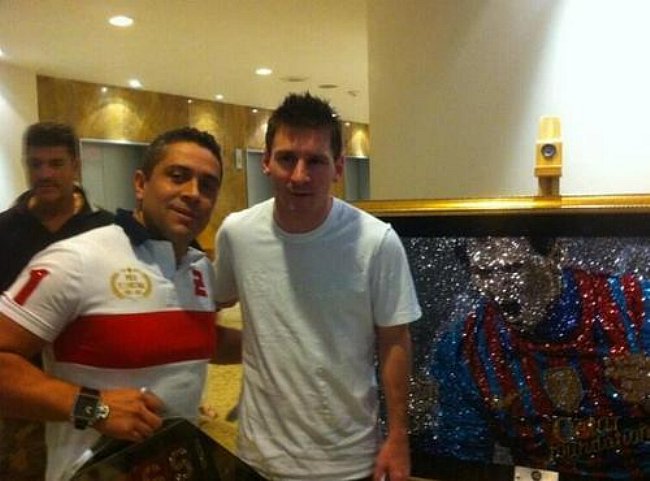 If it’s not used as leverage in a certain somebody’s tax wranglings with the Spanish government then it’s going straight in the downstairs toilet.