Forbes magazine have pronounced Real Madrid as the most valuable sporting club today, knocking previous chart-toppers Man Utd off their perch, with Barcelona in third and arsenal, the only other football team in the top 10, in 10th spot.

However, the magazine also published this rather fab infographic (see below). Based on the number of global followers each club (of any sport) has on Facebook and Twitter, Forbes found that La Liga giants Barcelona top this ranking courtesy of 60 million followers, with Real Madrid in second place and Man Utd third.

The list is a bit confusing actually. The rank is for the richest sporting clubs, not for the most followers! Well worth a look though. What pretty colours!!! 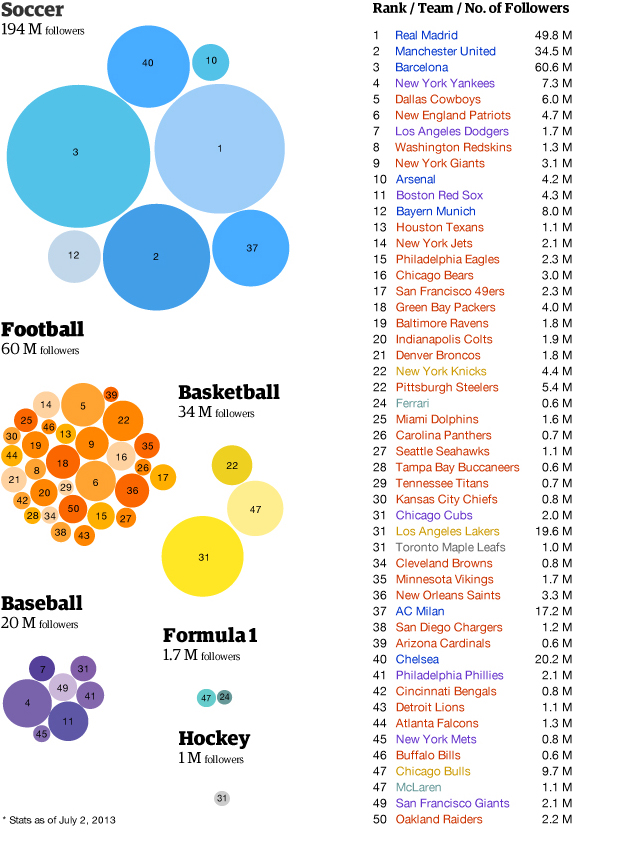