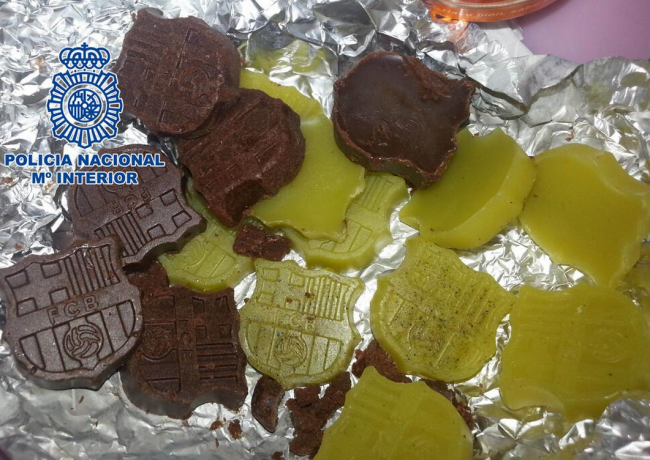 Spanish police yesterday confiscated a batch of hallucinogenic drugs at the port in the city of Alicante which were disguised as chocolates moulded into the shape of the Barcelona club crest.

According to Policia Nacional, as well as large amounts of cocaine and cash, approximately 300 grammes of the Barca confectionery was seized in Alicante, with one person being arrested – a master “Turronero” (a confectioner specialising in making the famous Turron nougat), dubbed “Willy Wonka”, who had obviously been using his powers for evil by producing chocolates laced with marijuana and magic mushrooms.

According to several Spanish reports, the discovery was part of a larger raid on a drugs ring based in Valencia, after which nine people in total were arrested.