THERE was a time when if you asked any sane British footy fan who their favourite other European team was, they would smile and wistfully say Barcelona. Not any more. 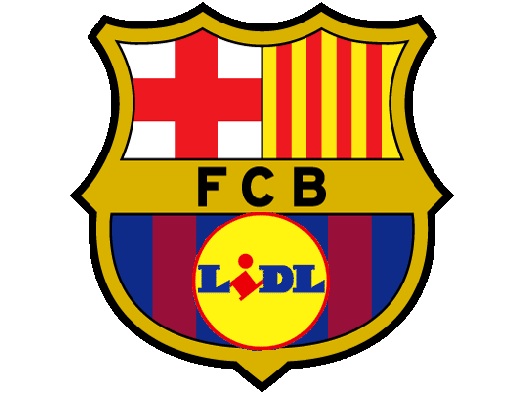 As we all know, Barca is a club steeped in the best traditions of football, which has in the past boasted some of the most amazing players to have graced the game. Now it has another wonderful team – one of the best ever in European club history – with the undisputed best player in the world, Lionel Messi, in its ranks.

Yet the club now seems to be on the verge of becoming the Benny Hill of European football – an annoying and unfunny joke.

This is down to two factors. One is money, the other is the comedy way in which the club is being run at the moment.

First the money. Barca have spunked a lot of cash in the last few seasons on players. It worked – they won the Champions League and were it not for a dogged Inter team, would have almost certainly repeated the feat last May. However, it now appears that the club is broke. The Guardian ran a story which claimed that the club is actually in pretty serious financial difficulty:

“Digger has received financial analysis prepared by Professor José María Gay, the head of the University of Barcelona’s economics and business unit and Spain’s foremost authority on football finance. In the document Gay presents Barcelona’s troubled 2009-10 balance sheet, which he describes as ‘very worrying’. Wage costs have risen 55% from their 2008 level to €262m (£220m). By contrast the club’s stated revenues have risen 33% over the same period, meaning wages now account for almost 64% of income.”

If anything the situation has got worse.

Of course Barca could go cap in hand to the banks and ask for more cash. Well, er, no. If you thought the UK economy was in dire straits, then take a look at Spain. Things are pretty tough right now and getting a loan from the banks over there is a tricky business – even if you are one of the world’s leading football clubs.

Things have got so bad that Barca President Sandro Rosell has had to go on record and insist that the club is “not bankrupt”.

So what should Barca do? Sell a few players to help balance the books, maybe even get a lucrative sponsor (gasp). Nope – they nonchalantly carry on trying to sign Europe’s finest. Except that they embarrass themselves by never ever offering anywhere near the market value.

The way the club treated Cesc Fabregas and Arsenal was appalling. If they had £50million then I am sure a deal would have been sorted. But they resorted to making a comedy offer and then spent the the next few months trying to unsettle the player. The rumour from the Emirates was that Wenger couldn’t take the money anyhow as he wasn’t sure that Barcelona were physically capable of paying it.

Now they are chasing Javier Mascherano. And the bid is a paltry, €20million (£16.3m), or rather an initial €15m payment with a further €5m in variables. Liverpool are understood to have placed a value of £21.3m on Mascherano and want all the cash upfront. Quite right too. Macherano is a world-class holding midfielder.

Manchester United fans can stop smirking too. Barca will be after Wayne Rooney next, offering a few million €€€s with a couple of packets of chorizo to sweeten the deal.

Now I know that Barcelona have made some quality signings this summer, such as Spain star David Villa and Brazilian defender Adriano. But Adriano was fairly cheap (around €9.5m) and Villa was signed back in May, before the scale of the club’s financial problems become apparent.

Ultimately I’d hate to see Barcelona become La Liga’s version of Leeds United, crashing down through the divisions as creditors tear the club apart. But I do wish they stop making fools of themselves.

Man United have no money. But have they spent the summer chasing players they can’t afford. No. Neither have Liverpool, Inter or even Real Madrid.

Perhaps Barcelona need a taste of their own medicine. So go on Roberto Martinez, offer £15 million for Messi and keep a straight face. Or Mark Hughes, why don’t you offer Danny Murphy, Andrew Johnson and couple of million in return for Andres Iniesta.

Barcelona are in danger of becoming the LIDL of European football? I still have a lot of love for the club, but it is diminishing on a daily basis.