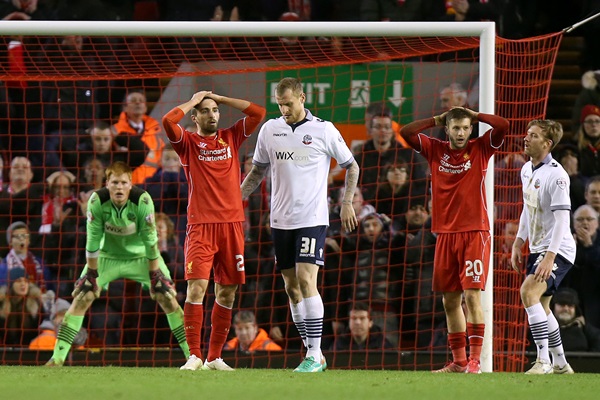 Betfair have announced that they are still attempting to track down one of their punters who came within the width of a gnat’s nadgers of waking up a millionaire on Sunday following the previous evening’s FA Cup fun and frolics.

Having slapped £10 on a brave and bold five-fold accumulator, the punter in question was sitting on a potential return of £1,000,064 by the time Liverpool and Bolton kicked-off at 5:30pm, only to end the night with nowt.

The bet in full:

As you can see, the mystery punter’s first four legs all came in and, with both Liverpool and Bolton failing to score by the 70th minute of their game, Betfair offered the guy a handsome take-it-or-leave “cash out” offer of £15,000.

The company’s traders even attempted to contact the punter directly to discuss his options but, after phone calls and a Twitter head-hunt proved fruitless, the accumulator was just left to dwindle away to nothing.

However, in recognition of the excitement the bet had given them, Betfair have offered to award the chap four free £1,000 bets (one for each successful leg of his wager) as well as VIP tickets to this year’s FA Cup Final because, and we quote, they are “nice like that“!

It should come as no surprise that they have not been able to contact the ever elusive punter to formally offer him his consolation prize – presumably because he’s currently indisposed, nursing one holy hell of a hangover.