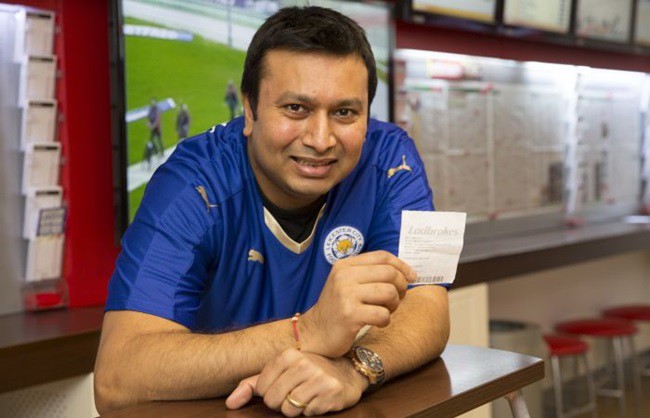 The Leicester fan who stood to land a £100,000 windfall if his side wins the Premier League this season has cashed out his bet and gone home with over £29,000 in his back pocket.

Foxes fan John Pryke stuck an optimistic £20 on Leicester to win the title at the start of the season.

Top of the table by just three points with 10 games remaining, Pryke revealed that he cashed out as he feels Claudio Ranieri’s side’s luck might be on the verge of running out.

As such, he would prefer to just enjoy the run-in with almost £30,000 to fritter away as he sees fit.

Amazingly enough, our friend John still has a bet running that Leicester will finish in the top three come the end of the season, telling Ladbrokes:

It’s been a crazy season, I’d be silly not to take my money and run.

I’ve also backed Leicester to finish in the top 4 at 400/1, so I can enjoy the rest of season knowing I’ve got my winnings early.