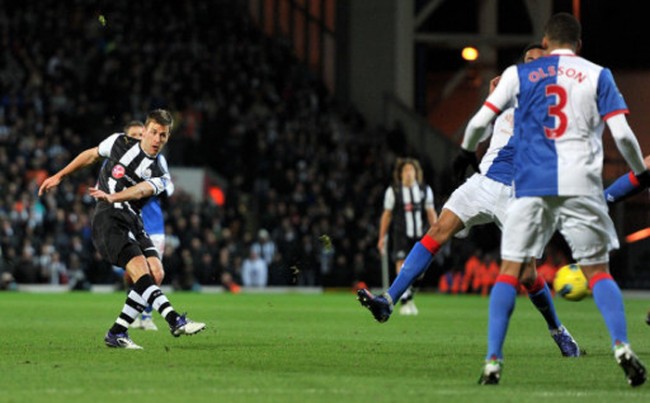 Despite still being shorn of the services of their two Demba-tastic strikers, Alan Pardew’s Newcastle halted their recent decline with a very valuable away victory at Ewood Park.

The home side continue to struggle without their wantaway (one of the finest footballing words around) captain Christopher Samba, and were already behind against Newcastle  after just 12 minutes, courtesy of a Ryan Taylor shot which took a wicked deflection of Scott Dann. Rovers rallied to find an equaliser, but despite carving out a number of decent chances (and a penalty kick which David Dunn missed) they failed to find a way past Tim Krul.

Steve Kean’s men continued to press after the break with sub Mauro Formica firing into the side netting when he really should have done better. Then, at the death, former Manchester United flop Gabriel Obertan  made sure of the victory for Newcastle with a clinical finish.

While Newcastle move up to fifth, Rovers stay stuck in the danger zone.