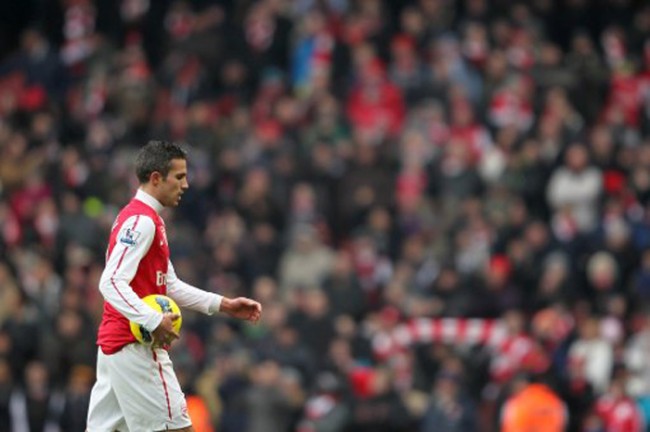 After a sustained period of dismal performances and almost no points, Arsenal needed to rediscover their mojo on Saturday if they were to stay in the hunt for a top-four finish. And rediscover it they did, demolishing a Blackburn side that look destined for the drop.

Dutch goal-machine Robin Van Persie opened the scoring after just two minutes of play, tapping in after excellent work from Theo Walcott. The same combination would give the Gunners their second goal on 38 minutes, but only after Morten Gamst Pedersen had fired home a superb curling free-kick.

Rovers’ very own wolf-man, Gael Givet, was then sent off for a two-footed lunge on Van Persie, which basically ended the contest. Alex Oxlade-Chamberlain, who is looking more and more like the new Wayne Rooney, with his mix of power, pace and technique,  made it three before the break after deftly rounding Paul Robinson and slotting home.

Mikel Arteta made it four after the break, firing home after Blackburn failed to clear a corner, before Oxo-Chamberpot bagged his second, courtesy of yet another Walcott assist. Van Persie then completed his hat-trick, firing home after excellent work from Francis Coquelin.

With the game dead an buried, Arsene Wenger brought on Thierry Henry, leaving is side to play the “can we get Thierry to score” game. They eventually won that game too, after another Van Persie assist.

Along with Oxlade-Chamberlain, Coquelin also produced a superbly mature performance at right back for the Gunners, as the north Londoners steadied the ship in convincing style. As for Steve Kean’s Rovers, there is little positive to say, to be honest.