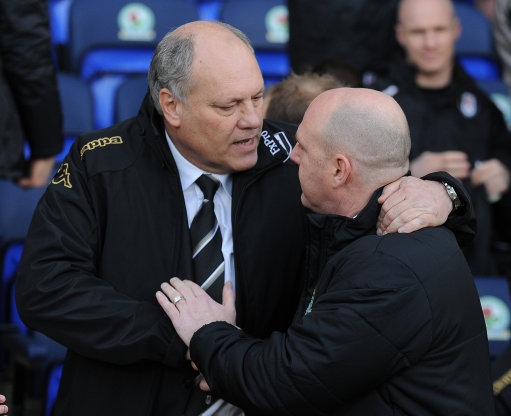 This may or may not be the guy

After months of vitriol and increasingly pathetic attempts to oust him from his position from the more ridiculous sections of the club’s support, Blackburn manager Steve Kean has admitted to having hired a bodyguard to protect him at all times.

“I was advised that it would be in my interest to have somebody with me at all times. I was at a restaurant with my wife and children a few months ago and got a text message from a friend telling me to be careful.

“There was stuff going out on Twitter from an activist group which identified the restaurant so that people could confront me. I showed the text to my wife and we decided to leave straight away.

“We didn’t tell the children because we didn’t want to frighten them. We just said that there was a good place around the corner where we could get pudding.

“The chap who protects me is a seventh dan in karate, but he is not big or butch or anything. He just knows how to handle himself.

“It is a bit strange having him around, but there are some good things too. He is bloody interesting to talk to, for a start.”

“I think the vast majority of fans are passionate, but non-violent, whether towards me or anybody else. I also think most of the Blackburn fans are behind me. It is surreal, though, I cannot deny that.”

As if the repeated protests aren’t futile and juvenile enough, when a manager is starting to question the safety of his kids at the hands of an extreme element of his own club’s fans, it’s about as clear an-indication as is humanly possible that things have gone too far.

Just stop it. You morons.