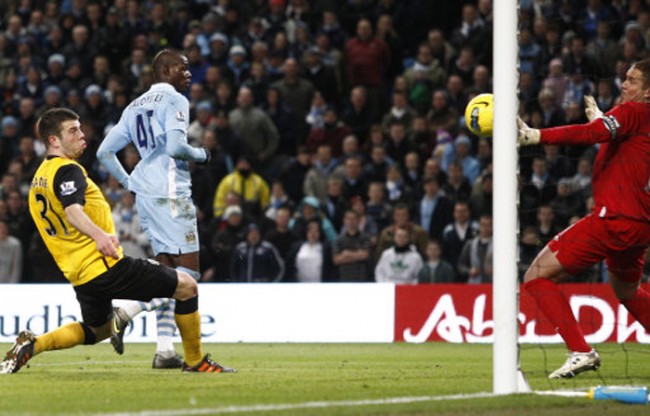 17 years ago it was Blackburn Rovers, funded by Jack Walker’s millions, who picked up their first Premier League trophy. However, on Saturday evening, it was the top tier’s latest nouveau riche superstars, Man City, who secured another three points on their way to (potentially) winning the league.

The game was an absolute stroll in the park for the Citizens, who totally dominated the play, limiting Rovers to a solitary shot on target in the whole 90 minutes.

Aleksander Kolarov was the architect for two of City’s three goals, crossing for Mario Balotelli to nonchalantly stroke home on the half-hour mark before again providing a perfect centre on 81 minutes, this time for sub Edin Dzeko to head home. Sandwiched in between those goals was a strike from the outstanding Sergio Aguero, who fired home after Paul Robinson had failed to deal with a cross.

Roberto Mancini’s superstar outfit, inspired by the omnipresent David Silva, totally outplayed Steve Kean’s Rovers, with the Citizens ultimately going five points clear at the top. As for Blackburn, while only goal difference keeps them in the bottom three, their survival in the top division continues to balance on a knife-edge.