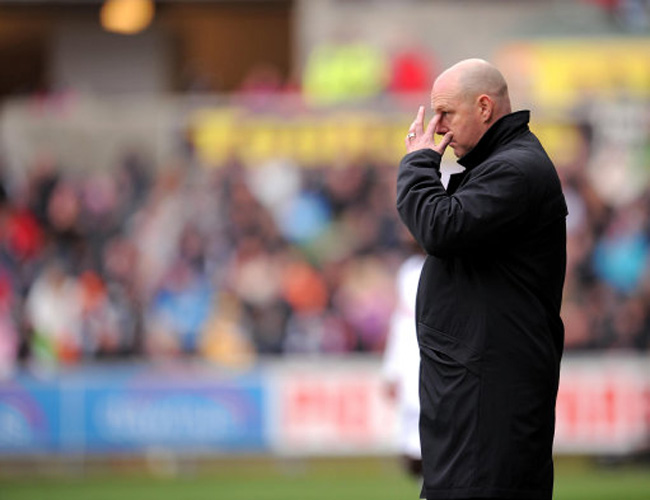 While he remains a rather dignified character in front of the cameras, Blackburn boss Steve Kean must be feeling more than a little frustrated as he watches his side edge ever closer to the Championship.

Totally outplayed by a Swansea side who rediscovered their best form after losing to QPR in midweek, Rovers were mediocre in every department.

Nathan Dyer, the superb Gylfi Sigurdsson and a Scott Dann own-goal gave the Swans the win which leaves Blackburn three points off safety and looking increasingly like a side who’ll be playing in the second tier next season.