Despite being 3,150 miles away from Blackburn at a WWE arena show in Boston, Massachusetts, there was one irate Rovers fan who still wanted to get his disdain for manager Steve Kean across to all and sundry – revealing a ‘KEAN OUT’ sign at the ‘Night of Champions’ PPV that would’ve meant absolutely nada to the thousands of people inside the TD Garden Arena and to the vast majority of people watching at home… 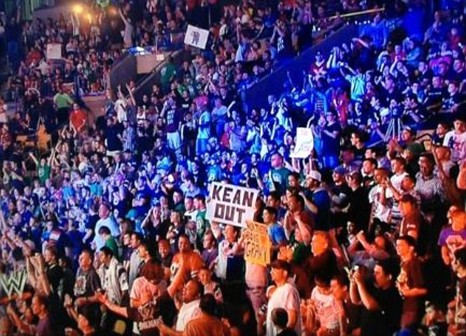 Now that’s some serious dedication to the cause.