City go fourth after this comprehensive win against a Blackburn side that was, especially in the first half, shamefully devoid of ambition.

City can’t win the Premier League, though – that’s still the general view, but with neither Chelsea, Man Utd or Arsenal looking like world beaters, it wouldn’t be the biggest surprise in the world if they did kick on and surprise us all – after all, it’s not like they don’t have the money to strengthen what is already a pretty solid squad in the winter transfer window. And with Carlos Tevez in dazzling form, and a confident new gaffer in place (he was rather annoyed with the sloppy goal conceded – a good sign), it would be foolish not to take City seriously.

Watch Tevez’s hat-trick here, and check out the best pics from Eastlands below, featuring a suited – and injured – Paddy Vieira: 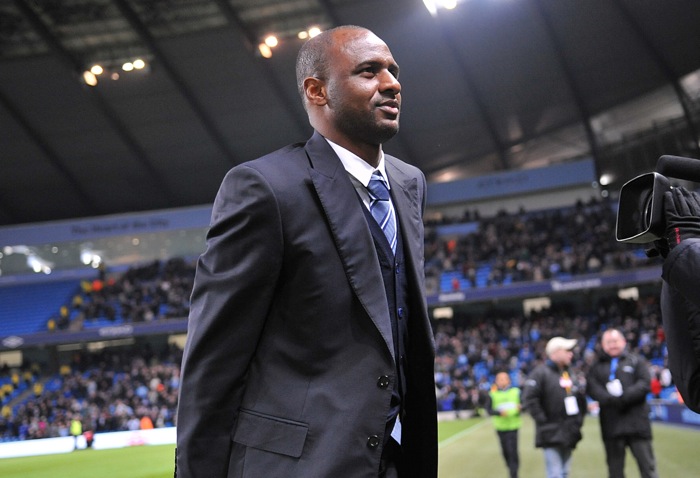