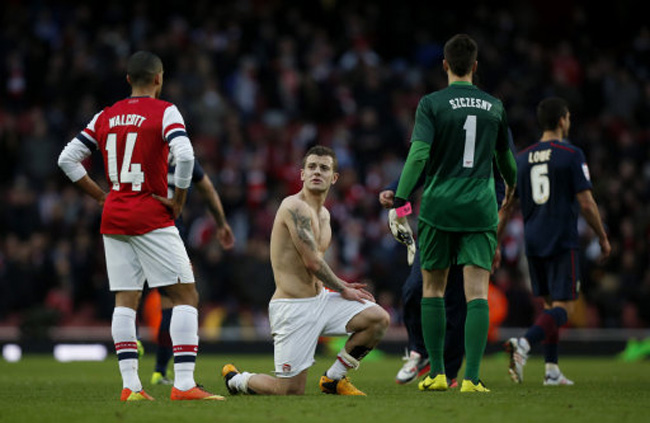 As it customary around this time of year, Arsenal’s season is on the verge of being pretty much over after the Gunners lost at home to Blackburn on Saturday.

Despite dominating for the vast majority of the game, for all their pretty passing and possession of the ball, the Gunners couldn’t find a way past Jake Kean in the Rovers’ goal. Indeed, the Blackburn ‘keeper was the star of the show on Saturday, thwarting the Gunners on a number of occasions with some superb stops. Centre-halves Scott Dann and Grant Hanley were also superb throughout, standing strong time after time.

Gervinho, back from an impressive showing at the Africa Cup Of Nations, missed the Gunners’ best chance while Olivier Giroud was anonymous for most of the game.

The goal, scored by Arsenal fan Colin Kazim-Richards on 72 minutes, came after Wojciech Szczesny parried a rare shot from Blackburn into the Turkish international’s path. Kazim-Richards’ effort rather fortuitously bounced up off the ground and eventually found its way into the top corner of the Arsenal goal.

Subs Jack Wilshere, Santi Cazorla and Theo Walcott were all sent on just before the Rovers’ goal, but even that star-studded cavalry couldn’t save the Gunners. Although Walcott and Arsenal should have had a penalty late on.

With success in the Champions League highly unlikely for the Gunners, it looks like being eight years without a trophy for Wenger and co. Surely this summer he really does need to “spend some f**king money” as Gooners often chant.

As for Blackburn boss Michael Appleton, he and his charges can now look forward to a last eight berth in the competition.