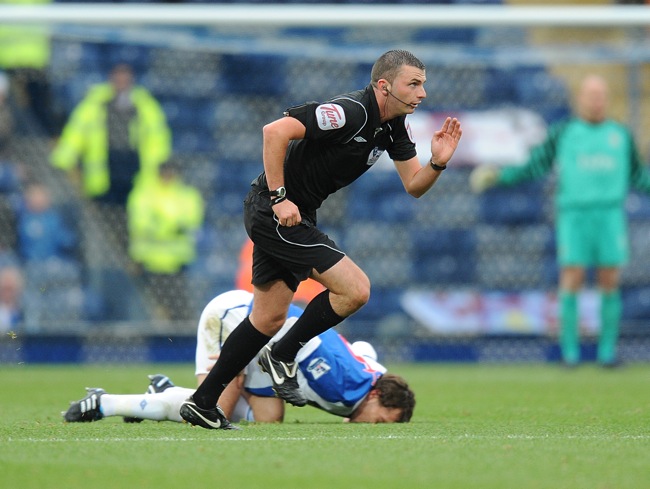 Referee Michael Oliver, the youngest ever official to take charge of a Premier League game, struck a blow for men in black everywhere when he (accidentally) reduced Blackburn defender Gael Givet to a crumpled heap on Saturday.

Oliver backed into Givet at pace, leaving the Frenchman on the floor, crying foul, and the Blackburn fans screaming blue murder as Oliver – unscathed – allowed play to continue. Villa very nearly scored from the resulting counter-attack – had they done so, Big Sam and co. would have been up in arms.

This is one wanker in the black you don’t mess with, clearly. 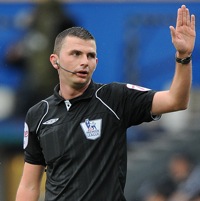 Talk to the hand, bitches