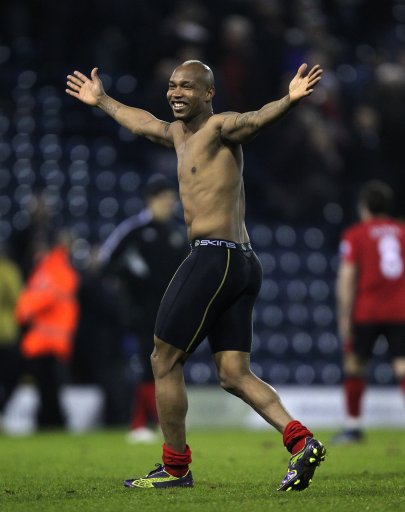 You just wouldn’t let it lie, would you?

The ongoing tiff between Blackburn mongrel El-Hadji Diouf and everyone on the staff at Queens Park Rangers is showing no signs of abating any time soon, after the Senegalese forward responded to Neil Warnock‘s ‘sewer rat’ taunts by calling the R’s manager a non-entity.

Diouf is quoted in the Sun as saying:

“I know I’m an easy target, which is something I need to deal with but I disagree with everything Warnock said. Who is Warnock? He’s nothing to me.

“He’s not Alex Ferguson, he’s not Arsene Wenger, he’s not Sam Allardyce or an important manager. I know he doesn’t like me, but I don’t like him.”

Diouf is alleged to have goaded QPR striker Jamie Mackie as he lay prostrate on the pitch with a broken leg, though the Rovers gobshite is adamant that he didn’t say anything of the kind:

“I never said anything bad to the lad (Mackie). I never talked to him. You can ask Benjani or Ryan Nelsen. When the lad was injured I got in an argument with other players.”

Sigh. It’s like overhearing two toddlers with learning disabilities argue about who’s poo it is in on the floor.