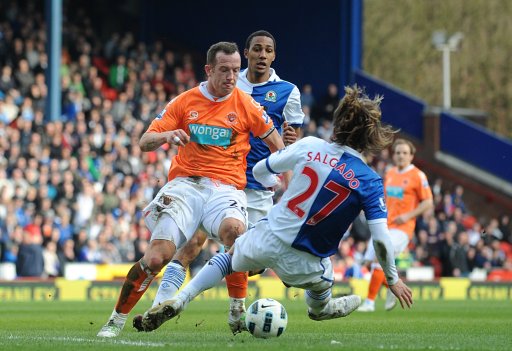 Labour representative for Blackpool, Simon Blackburn (yep, this may get confusing), has infuriated fans of the club by referring to them as ‘donkey botherers’ on Facebook during the Seasiders’ 2-2 draw with Blackburn at the weekend.

Shortly after Charlie Adam had put Blackpool two goals ahead, Blackburn (who represents Blackpool, but was born in Blackburn and supports Rovers) took to his account and posted the following message via his mobile phone:

“Oh my actual God…the donkey-botherers are 2-0 up thanks to two of the worst refereeing decisions ever!”

Unsurprisingly, Blackpool fans have reacted rather angrily, calling for Blackburn to resign on several online forums – though the man himself has since apologised, telling the Blackpool Gazzette that it was only meant ‘as a joke’ and that he has ‘tremendous respect’ for the club.

Any Tangerine fans out there who would like to tell Blackburn exactly what they think of him and his comments may be interested in the fact that the Gazette are running a live webchat with the Labour councillor at 5:30pm today.