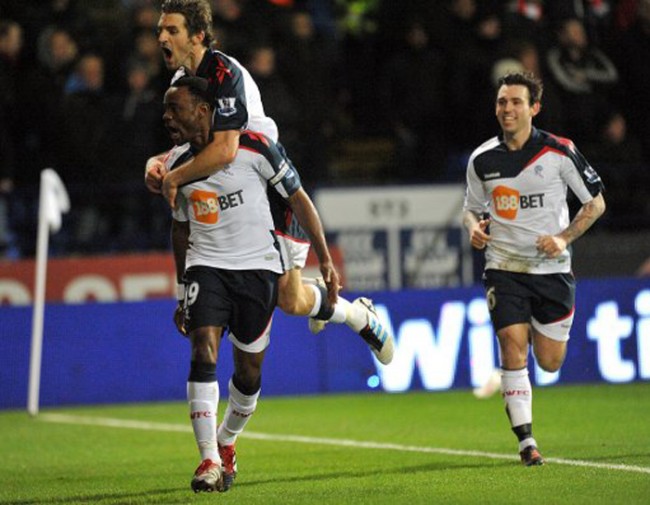 Starting without a genuine defensive midfielder was always going to leave the visiting Reds somewhat vulnerable at the Reebok. Still,with Steven Gerrard orchestrating things from midfield and Bolton ensconced in a relegation battle, Kenny Dalglish and co. must have been confident of a victory.

However, instead, a lacklustre Reds were overpowered by a tenacious and fleet-footed Bolton side, who cut through their flimsy midfield time and time again.

Mark Davies opened the scoring after just three minutes, strolling through Liverpool’s soft centre while Nigel Reo-Coker doubled the score for the home side on the half-hour mark.

Craig Bellamy, who spent the afternoon indugling in a spat with Reo-Coker, hauled his side back into the game before half-time, after a flick-on from Andy Carroll, but that strike was to give the visitors false hope.

Carroll once again struggled up front for a Reds side who were well and truly beaten when, with just five minutes of the second-half gone, defender Gretar Steinsson netted the third to seal the win for the Trotters.

A top-class defensive midfielder is surely a vital purchase for Dalglish before the end of the month. Owen Coyle, on the other hand, will just be delighted to see his side finally get themselves out of the bottom three.