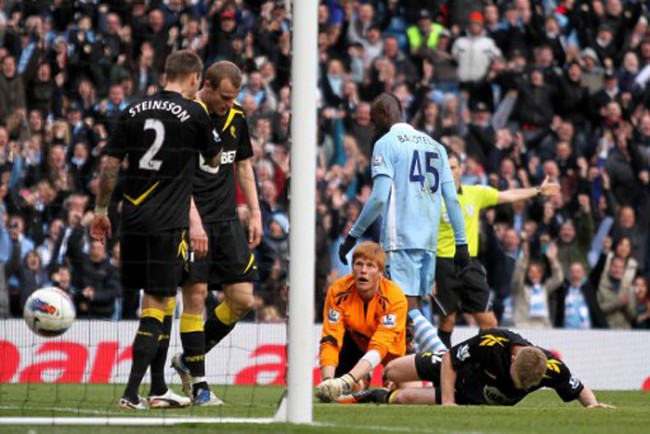 City started the game with Silva, Aguero and Dzeko all on the bench, but Roberto Mancini’s men still came out with all guns blazing, laying siege to Adam Bogdan’s goal from the off and only failing to score thanks to the Hungarian’s netminding skills.

Mario Balotelli’s much-publicised late-night trip to a Manchester strip-club seemed to do the Italian the world of good, with the striker going close on a number of occasions in the first-half. However, it was full-back Gael Clichy who would eventually get the City off the mark, firing from range on 23 minutes only to see his shot deflected in off Gretar Steinsson.

Bolton struggled to threaten Joe Hart’s goal with Arsenal loanee Ryo Miyaichi providing the visitors with their best move of the match, only for the young winger to see his neat effort pushed around the post by the England ‘keeper. Darren Pratley then almost scored a bizarre 25-yard own-goal before Balotelli eventually doubled the lead for the Citizens on 69 minutes, firing home from close-range after a superb back-heeled assist from Adam Johnson.

City move five points clear at the top while the Trotters find themselves with only goal difference separating them from bottom of the table.