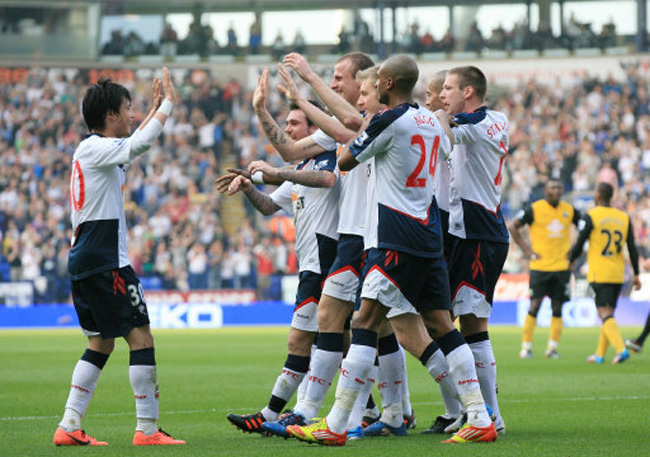 In their first game since Fabrice Muamba collapsed at White Hart Lane, Bolton registered a vital victory over fellow relegation candidates Blackburn at the Reebok. Centre-half David Wheater was the star of the show, netting both goals for the home team in a game played at an emotional Reebok Stadium.

Wheater netted both his goals in the first-half, the first coming on 28 minutes after a deflected cross from Martin Petrov.  Only seven minutes later, the former Middlesbrough man made it 2-0 when he headed home from Ryo Myaichi’s corner.

After the break, Rovers pushed for a goal, and it came on 56 minutes. Midfielder Steven NZonzi was allowed way too much space in the Bolton box as the big Frenchman headed home from a Morten Gamst Pedersen long throw.

Bolton’s Mark Davies then missed a fabulous opportunity to put the game out of reach before Yakubu’s near post flick went just wide.

Ultimately, it would be the home side who would take all three points on an emotional day, a result which puts them one point clear of the drop-zone and just two points behind Rovers.