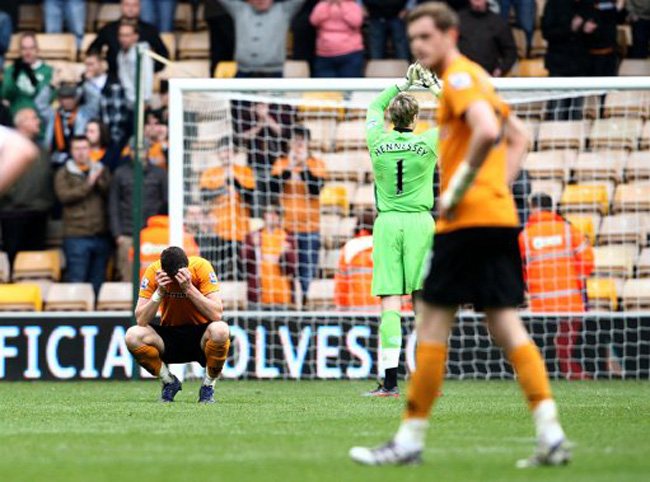 For large parts of this game, Terry Conner’s Wolves side were by far the better team. Indeed, after bossing the first half, they eventually opened the scoring on 53 minutes when Michael Kightly produced a superb shot which curled passed Adam Bogdan in the Bolton goal.

However, just 10 minutes later the Trotters were fortunate to be back on level terms courtesy of Martin Petrov’s spot-kick. Former Wolves Mark Davies had pulled off a horrendous dive in the box to win the penalty but with the game level, the visitors started to impose themselves on the game.

Then, with just 10 minutes to go, Marcos Alonso netted from close range before sub Kevin Davies secured all three points for Bolton. Matt Jarvis did get one back for Wolves just before the end, but it was too late for the home side, who now languish six points adrift at the bottom of the table.

Bolton, on the other hand, find themselves in 16th place, one point clear of danger.