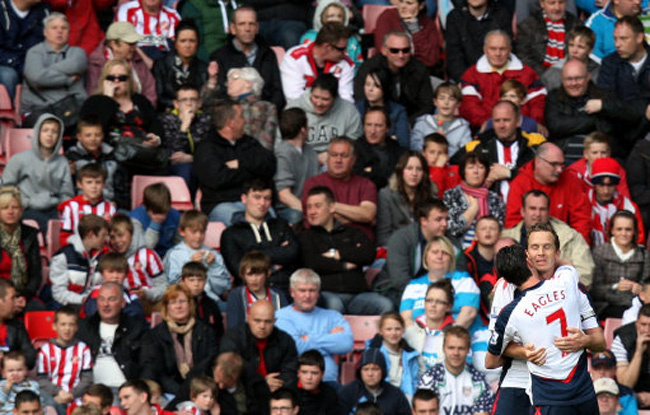 Once the king of the Reebok, Super Kev Davies has often struggled to secure a starting berth for Bolton this season. However, his brace at the Stadium of Light on Saturday could prove utterly vital to Bolton’s fight for survival.

The veteran hitman opened the scoring on 26 minutes, firing home from a Martin Petrov cross. However, Nicklas Bendtner levelled the scores soon after. The Black Cats then took the lead just before the hour mark, courtesy of a superb free-kick from Irish wideman, James McClean.

However, Davies popped up again to head home a priceless equaliser with 20 minutes left to play.

The result sees Owen Coyle’s strugglers move to third from bottom, with just goal-difference between them and safety. Martin O’Neill’s Black Cats stay just outside the top 10.