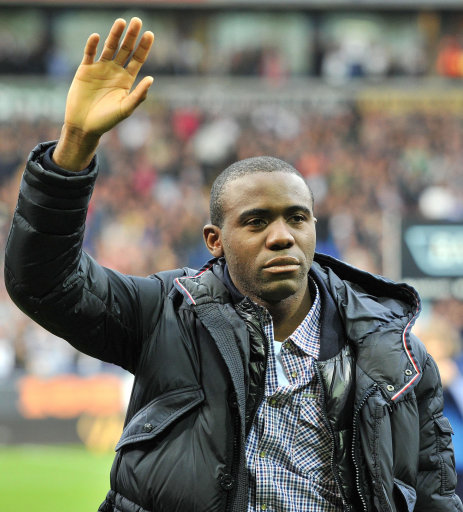 Six months after suffering a cardiac arrest on the pitch at White Hart Lane, Fabrice Muamba has announced that he has retired from the game on the advice of his doctors at the age of 24.

“Football has been my life since I was a teenage boy and it has given me so many opportunities. Above all else, I love the game and count myself very lucky to have been able to play at the highest level.

“While the news is devastating, I have much to be thankful for. I thank God that I am alive and I pay tribute once again to the members of the medical team who never gave up on me.”

“Since suffering my heart attack and being discharged from hospital, I have remained utterly positive in the belief I could one day resume my playing career and play for Bolton Wanderers once again.

“As part of my on-going recovery, last week I travelled to Belgium to seek further medical advice from a leading cardiologist, but the news I received was obviously not what I had hoped it would be and it means I am now announcing my retirement from professional football.

“I thank God that I am alive and I pay tribute once again to the members of the medical team who never gave up on me. I would also like to thank everyone who has supported me throughout my career, and the Bolton fans who have been incredible.

“I am blessed to have the support of my family and friends at this time.”

It’s incredibly sad to hear, especially as stories of kickabouts in Dubai had us all dreaming of a fairytale return, but health should always come first – lest we forget that Muamba actually died that night at The Lane.

Best of luck in the future Fab.