Now, a bit of good and bad news as far as Bolton fans are concerned.

First the good. Stuart Holden has just tweeted this photo of him filming the new line-up and headshot thingamajigs for Sky Sports next season and, as you can see, both of his legs appear to be working nicely – in fact, the Yank midfielder even tentatively returned to light training on Monday (his 26th birthday, no less) after shattering his knee in a challenge with Jonny Evans over five months ago… 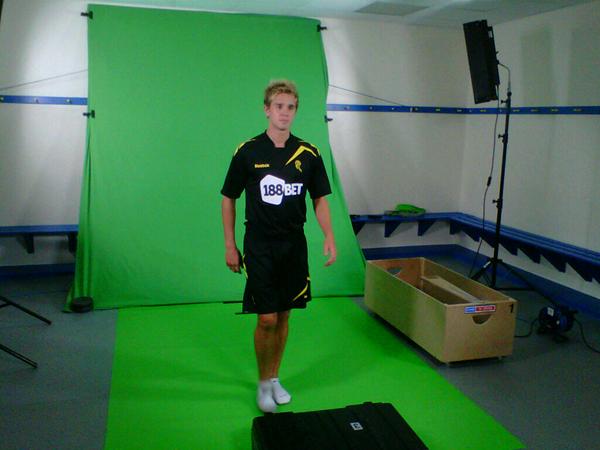 The bad news? A matter of days after Chung-Yong Lee suffered a double leg fracture and was ruled out for anywhere up to nine months, new Trotters signing Tyrone Mears suffered a broken leg in training this morning and is now expected to be sidelined until Christmas.