Gunners captain Robin van Persie made it a century of goals for Arsenal as Arsene Wenger’s under-pressure charges produced a decent enough performance to beat Bolton 3-0 at the Emirates.

The Dutchman netted a brace, bisected by the sending-off of David Wheater for a last-man shirt-pull on Theo Walcott, while Alex Song made it three late on courtesy of an imperssive individual goal.

The win had the home fans singing “We are staying up” while even Wenger was smiling although Colin “Shipman” Lewin was at it again, with Walcott limping off near the end with a knee injury.

As for Owen Coyle and Bolton, three points from six games is a pretty wretched start. 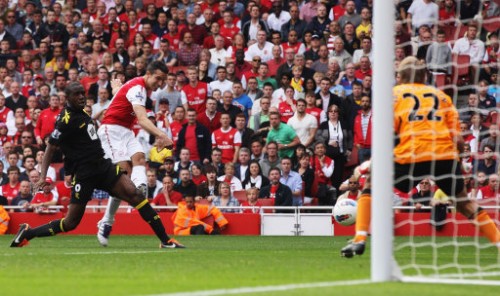 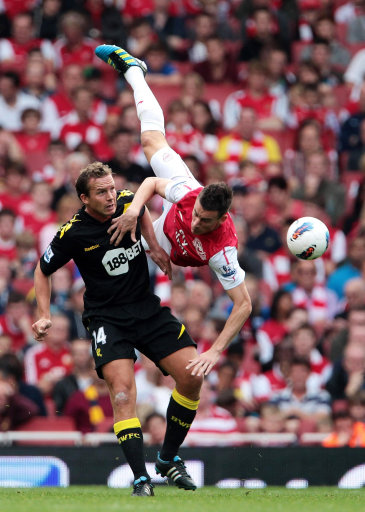 Gangly German giant Per Mertesacker uses his head against Davies 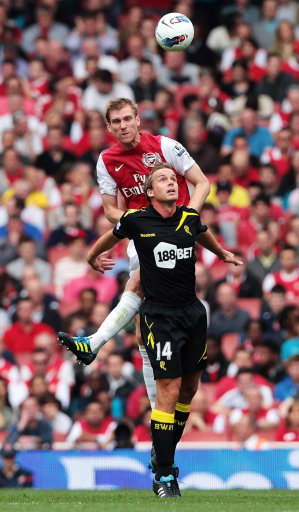 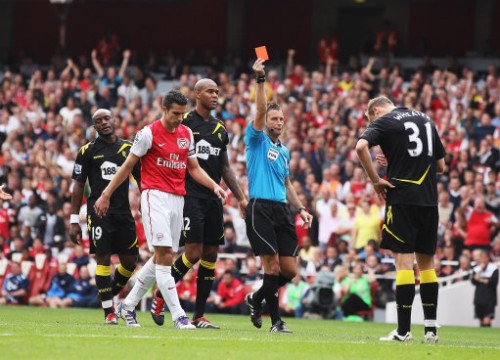 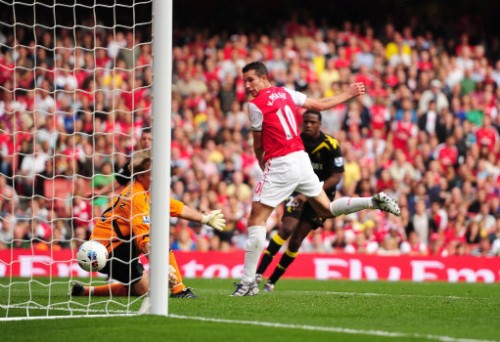 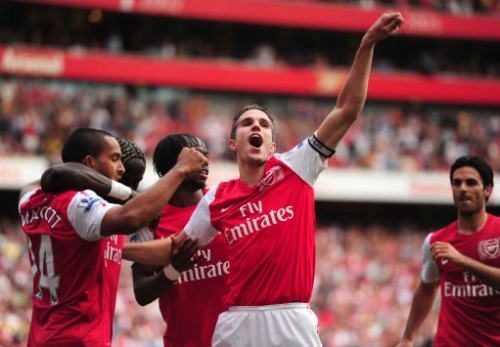 Alex Song gets in on the scoring act 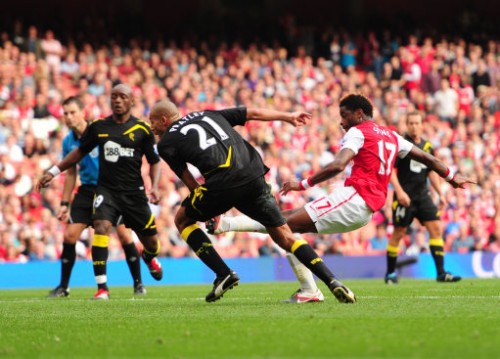 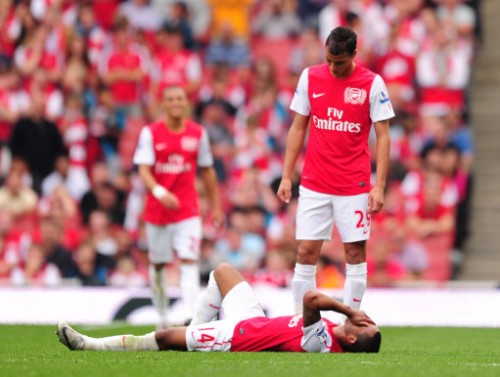