Mascot of: Borussia Mönchengladbach, since 1965 – Jünter’s name and the number 10 on the back of his shirt are references to Günter Netzer, one of the greatest players in the club’s history 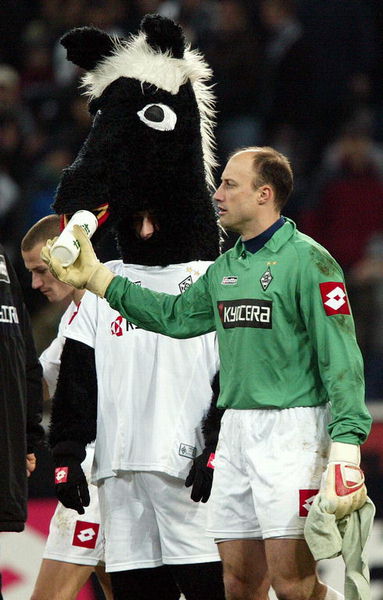 Jünter (a local dialect form of Günter) hit the headlines in 2005 when he was abused by Borussia’s then-goalkeeper Kasey Keller. The American recalls:

“When I picked him up I didn’t know how heavy he was going to be. It depended on what I could do to him. When I realised he wasn’t very heavy, I started spinning him around and smashing him.”

Foal abuse, not to be condoned.