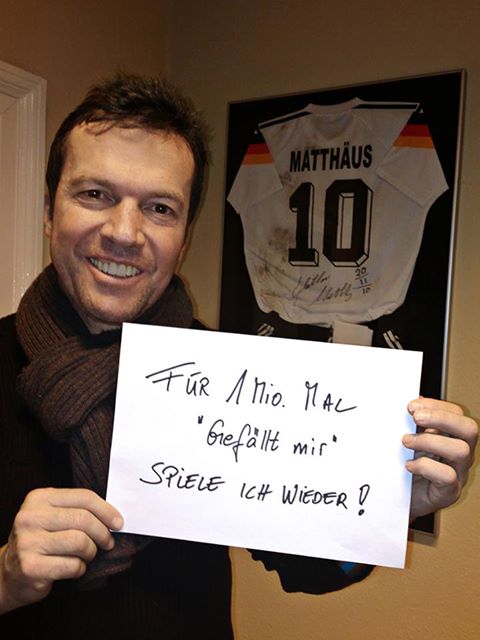 Having been out of work for nigh-on two years following his dismissal as Bulgaria coach in 2011, it seems spending all day every day on the settee watching Loose Women in a catatonic stupor has finally got to Lothar Matthäus.

Despite originally calling time on his playing career almost 13 years ago, the 150-cap former-German international has vowed to come out of retirement and don his boots once again, aged 52, if he gets one million ‘likes’ on his Facebook page.

Matthäus currently has but 74,860 ‘likes’ on his page leaving him some way short of his total, but there’s plenty of time for that to change.

Why he’s doing it (other than a mid-life crisis) we have absolutely no idea, and just who he intends on playing for is up for debate too – though we know for a fact that Sam Allardyce loves a dabble on an ageing former international so our money’s on West Ham as things stand.