Unfortunately for him, Telegraph journalist Ben Bloom was despatched to live-blog back from Jurgen Klopp’s farewell press conference .

The issues arose when, in his very first missive Bloom revealed that A) he wasn’t expecting the presser to be conducted entirely in German and, B) he wasn’t familiar with a single word of German beyond “Ja”, “Nein” and “Fantastich”.

The results were predictable, with Bloom getting himself into a delightfully polite fuddle while watching a succession of grown (German) men deliver teary-eyed eulogies to the departing Klopp (in German).

In fact, it’s quite possibly the finest piece of journalism the Telegraph have published in several years.

(Obviously, this being a live-blog you need to start reading from the bottom up to the top…) 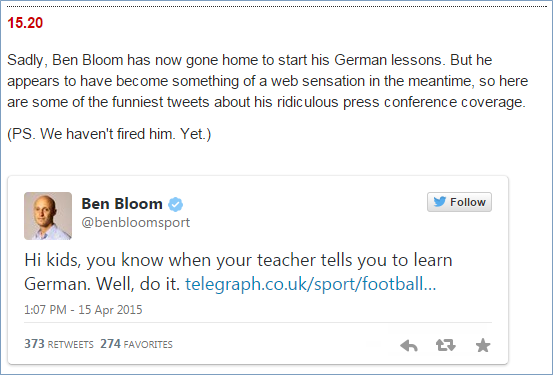 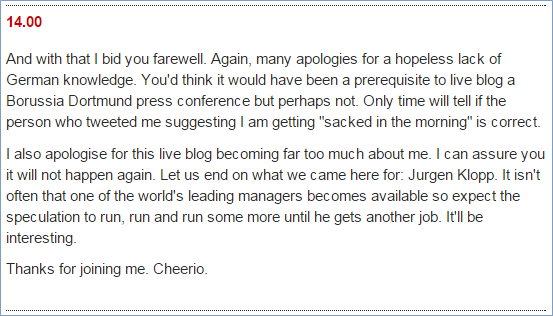 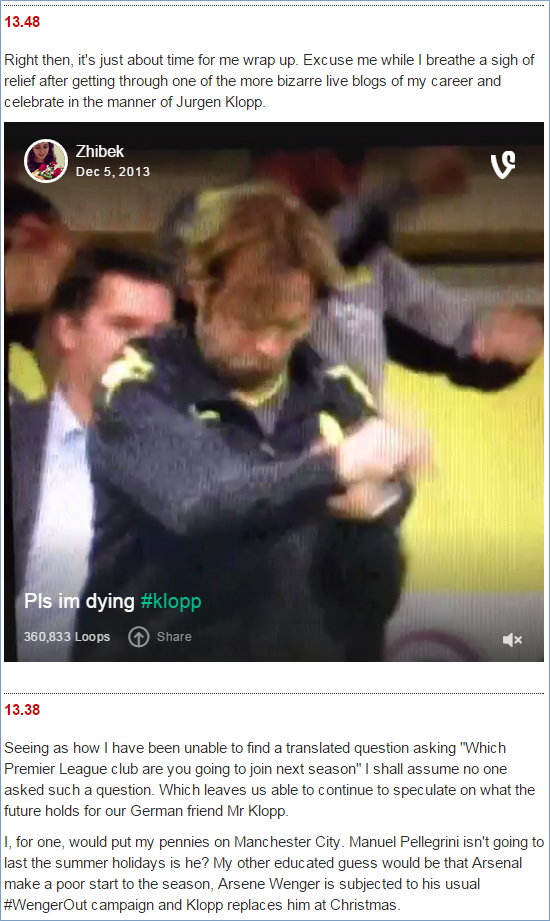 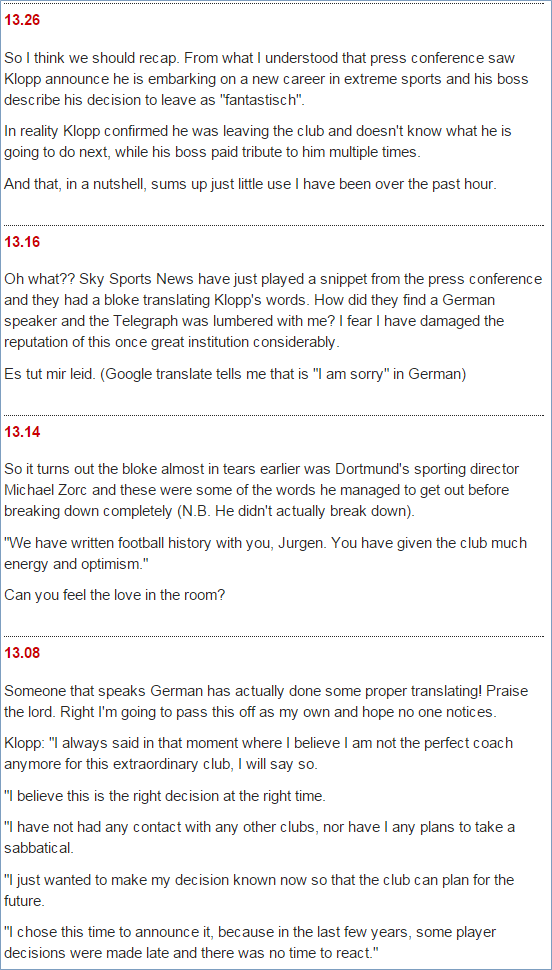 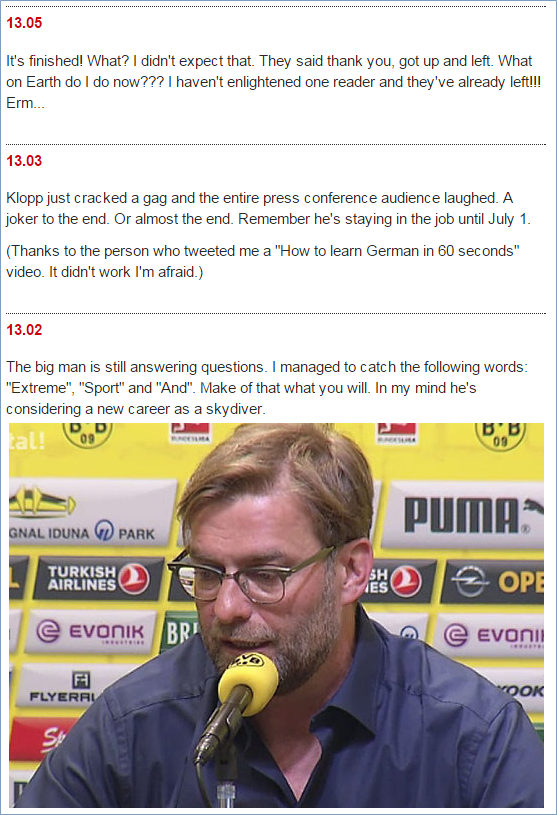 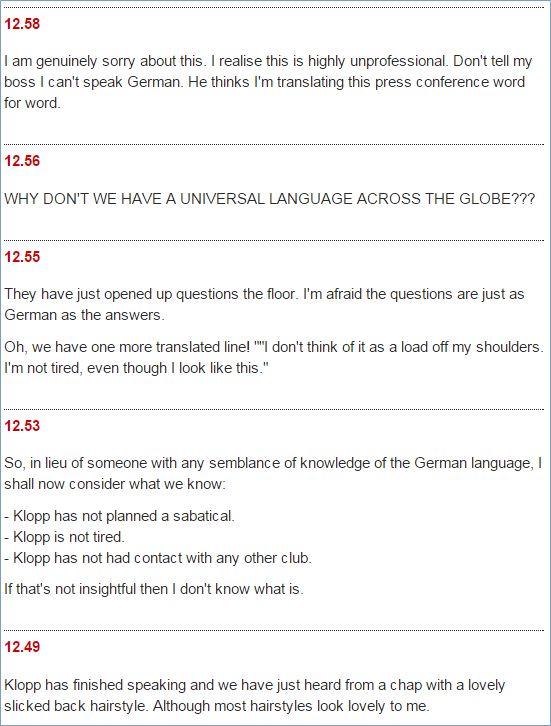 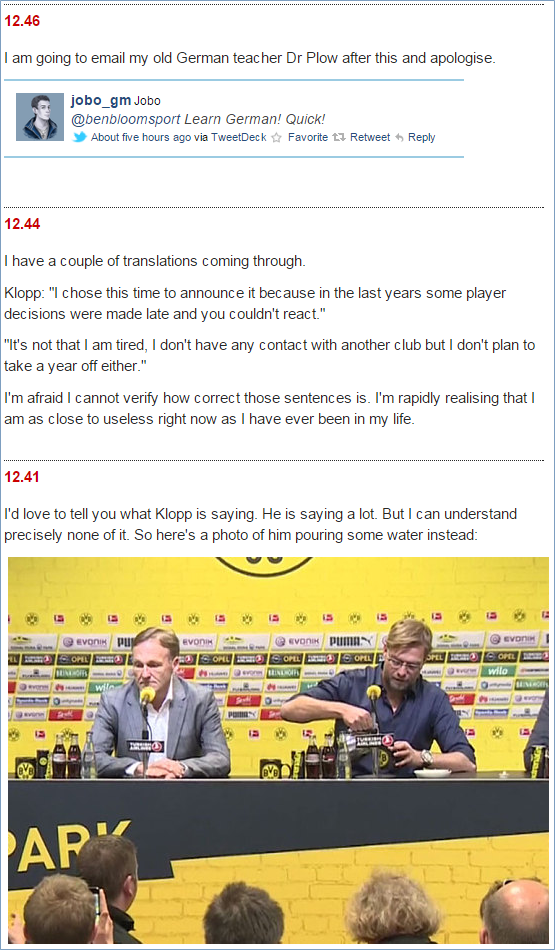 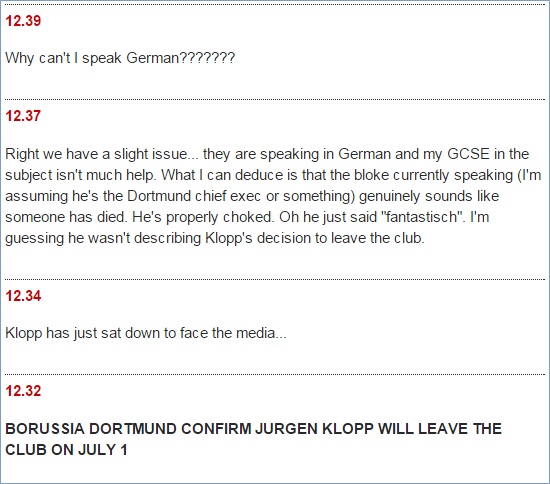