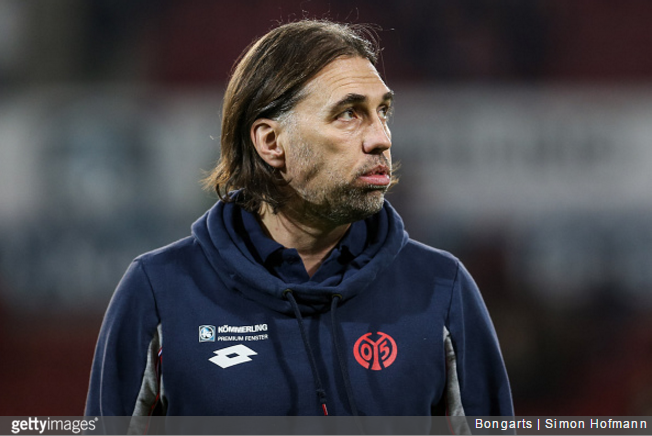 With the Bundesliga powering down over the winter, Mainz 05 coach Martin Schmidt has gone to great lengths – or should that be great heights? – to keep his players fighting fit over the mid-season break.

Indeed, a matter of days before the entire squad flies out to Marbella for their warm-weather training camp, Schmidt decided to expose his team to the other end of the spectrum by treating them to a camping excursion in the mountainous canton of Valais in his native Switzerland.

As such, the players and staff engaged in a day full of team-building exercises before spending the night camped out on a bleak, snow-swept plateau some 2,700 metres above sea level.

As the old saying goes, there’s really nothing like freezing your chuff off in a zip-up nylon sack to really build team relations.