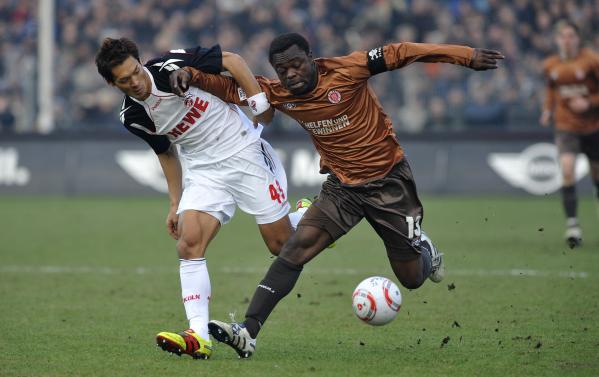 Thanks to a raft of injuries, Bundesliga side St Pauli were forced to turn to their media department to plug the gaps in their threadbare defense, drafting one of their press officers into the squad to face Hannover 96 last weekend.

Hauke Brückner, who currently works as a press officer for the Hamburg-based club, received a phone call from St Pauli coach Holger Stanislawski – who told him to turn up at training ‘in one hour’ after finding out that the 30-year-old media bod had made 10 appearance for the club’s U23 team back in 2002/’03:

“When I walked into the changing room with my bag, the boys were staring at me, not really believing it. They did crack some jokes but I know them well and after that everything was good.”

Which, all-in-all, leads me to ask…how devastatingly awful must St Pauli’s reserve/youth sides be if they’d rather draft a 30-year-old paper-pusher into the first team than resort to utilising their second-string?