In saving shoot-out spot-kicks from both Alexandre Lacazette and Michel Bastos, APOEL FC ‘keeper Dionsios Chiotis sent his unfancied side through to an historic quarter-final berth in the Champions League.

French giants Lyon came to Nicosia 1-0 ahead after the first leg, but a magnificent display from the home side, who went ahead after just nine minutes courtesy of Gustavo Manduca, set up a dramatic penalty shoot-out.

APOEL thus become the first Cypriot side to make it to the last eight of any European competition. The club is, no doubt, the APOEL of Cyprus’ eye today (sorry). 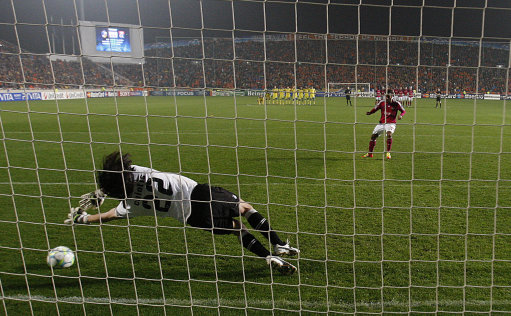