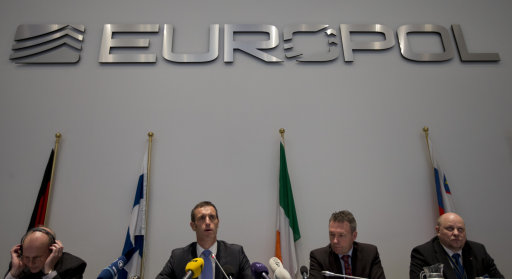 As part of their Europe-wide crackdown on match-fixing across the continent, Europol investigators have identified 380 football matches they believe to be have been fixed as well as around 425 officials, players and middle-men they believe to be corrupt.

Included in those 380 games is a Champions League match which was played in England in the last four years, though Europol cannot name the fixture in question due to legal reasons.

Speaking in The Hague after an 18-month investigation, Europol say they have uncovered an organised crime syndicate based in Asia that has been pulling the strings for the entire operation with assistance from criminal networks throughout Europe.

They suspect that matches included World Cup and European Championship qualifiers, two Champions League ties and “several top football matches in European leagues” have all been fiddled – with criminals putting around €16 million on rigged matches and making roughly €8 million in profit – though they also fear that this may just be “the tip of the iceberg”.

Of course it’s no surprise that football matches have been fixed. The game is rife with corruption, even at FIFA executive level. It’s just the scale of the whole thing that’s so utterly amazing.

Depending on the kind of evidence that Europol are sitting on, the ramifications of their investigative work could be immense.