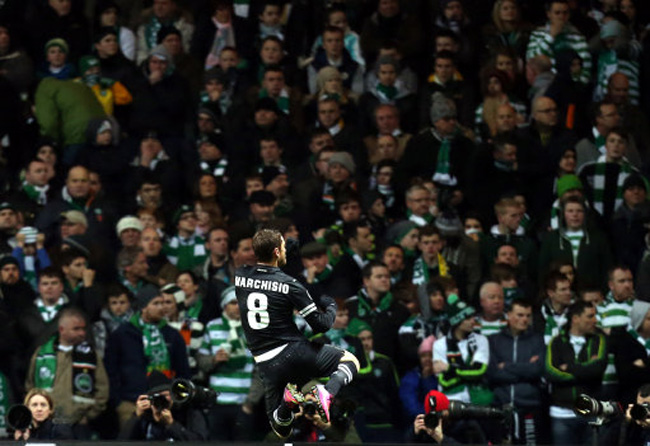 For all their possession, pressure, hustle and bustle, Celtic were undone by Juventus on Tuesday night, with the Italian giants running out 3-0 winners in the end.

Neil Lennon’s side got off to the worst possible start when, on three minutes, African Cup of Nations winner Efe Ambrose misjudged a long ball, leaving Alessandro to fire home.

Celtic failed to let their heads drop, however, and started to dominate the game. Unfortunately for the Bhoys, for all their  intent, they failed to produce enough clear-cut chances, with Ambrose missing the best of those opportunities when he headed wide with the goal gaping.

Juventus, despite being being forced back time and time again, never looked too worried and late goals from Claudio Marchisio and Mirko Vucinic secured the precious away win as ultimately, the gap in class told.

While Celtic look dead and buried, Antonio Conte’s organised and classy side look an outside bet for the tournament itself.