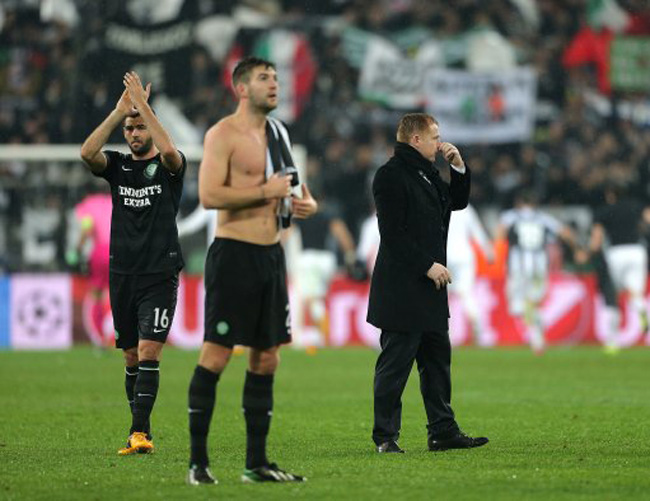 Celtic once again produced a credible, battling display against Juventus on Wednesday night, but as in the first leg, for all their positive play they were once again beaten by the far better side.

The SPL giants came out of the traps well, pushing to get an early goal to get back into the tie. However, while Joe LEdley and Gary Hooper both went close, it was the Serie A side who would eventually open the scoring and kill the tie off on 24 minutes. Alessandro Matri was the goal-hero for Juve, following up an effort from Fabio Quagliarella after a quick break from the Italians.

Neil Lennon’s men did their best to at least bag a consolation goal after the break, but again it was the home side who would score, courtesy of the impressive Quagliarella and that was that.

The Old Lady move into the last eight and are a decent outside bet for going all the way, I think. As for Celtic, they can be proud of a decent Euro campaign.