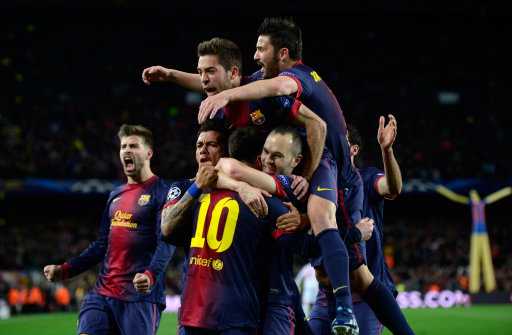 Football is absolutely awash with tedious, largely menial statistics these days, but every so often a stat crops up that is worthy of a second look.

Lord knows who noticed it, but it came to light after last night’s Champions League to-doings that Barcelona have played three official competitive games during a Papal Conclave (i.e, the “Pope Idol” voting contest which is currently ongoing at the Vatican), winning each game by a 4-0 scoreline…

Suddenly their second leg performance against Milan doesn’t seem quite so impressive once you factor in the divine intervention.