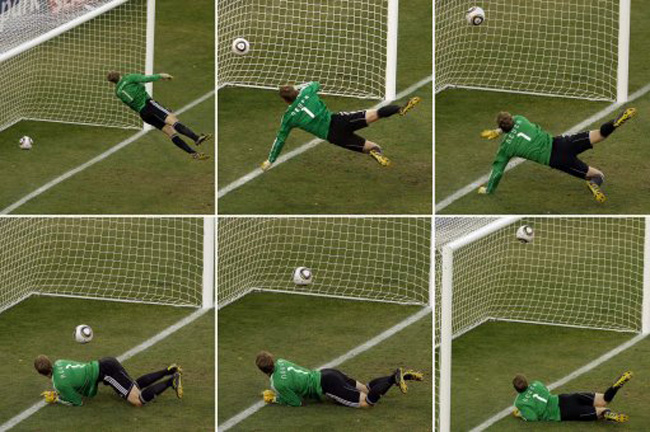 Frankie Lamps’ infamous ‘goal that never was’ against Germany in the 2010 World Cup.

Never used ‘pooh-pooh’ in anything before. Feel proud of myself. And I got a ‘big-wig’ in there too!

Anyway, UEFA President Michel Platini has come out against the introduction of goal-line technology in the Champions League on the basis of its pretty hefty cost.

“I prefer to put more money into youth football and infrastructure than spend it on technology when there’s a goal in a blue moon that hasn’t been seen by a referee.”

“It would cost around 54 million euros (£46m) over five years for this technology, so it’s quite expensive for the sort of mistake which happens once every 40 years.”

“In the Champions League, I’m very happy with the results (of a five-man team). Practically no mistakes have been made and the referees see practically everything that happens on the pitch.”

Maybe if the powers-that-be cut down about on their junkets all around the world, they could use some of that cash for the technology? And surely £46m over five years isn’t that much for a multi-billion sport such as football? Maybe Michael Owen could sell a horse or something?

What do you guys think?