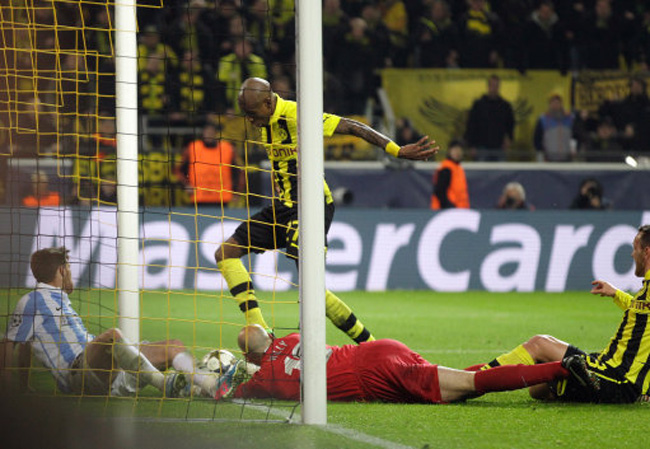 Jurgen Klopp’s much-vaunted Dortmund side produced an utterly dramatic comeback against Malaga on Wednesday night to secure their place in the last four of the Champions League.

With the teams level at 0-0 coming into this game, the Germans could ill afford an away goal but that’s exactly what they got on 25 minutes, courtesy of Joaquin who fired past Roman Weidenfeller in the Black-Yellows’ goal.

Just before the break, Dortmund hit back courtesy of a magnificently worked goal from Robert Lewandowski, leaving the game perfectly set up.

However, the Germans struggled to build on that goal and looked to have blown their chances when sub Eliseu struck, albeit from an offside position) with just eight minutes of normal time to go. Dortmund now needed two goals to go through and that looked far too big an ask.  But then, in injury time, Marco Reus and then Felipe Santana (again in an offside position) conjured up an incredible finale for the Bundesliga side.

Poor old Malaga but what a finish!