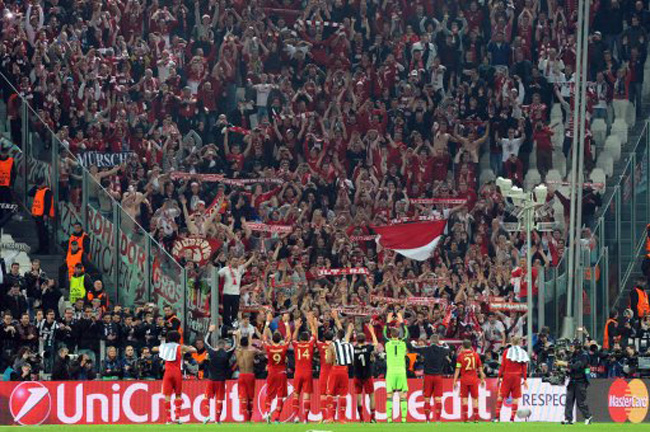 Juventus failed to produce the requisite performance against Bayern Munich on Wednesday, conceding two goals themselves on the night rather than cancelling out the Germans’ first-leg lead.

Indeed, the visitors to Turin never looked in trouble against a Juventus side who looked a class below the Germans.

The goals didn’t come until the second-half, with Mario Mandzukic headed home from a Bastian Schweinsteiger free kick on 64 minutes before Claudio Pizarro doubled his side’s advantage on the night at the death.

Juve rarely threatened Manuel Neuer’s goal, although Fabio Quagliarella did hit the post (as did Arjen Robben) but ultimately Bayern were worthy winners of both the game and the tie.