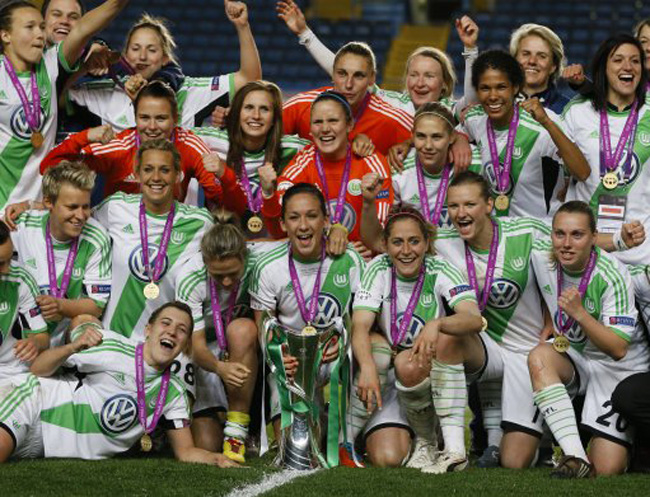 Ahead of the weekend’s uber-showdown between Bayern and Dortmund, the current Women’s Bundesliga title-holders Wolfsburg beat Lyon 1-0 to lift the Women’s Champions League trophy at Stamford Bridge.

Despite their domestic success, the German side weren’t expected to trouble French giants Lyon, but courtesy of Martina Muller’s second-half spot-kick, they shocked the odds.

That win also consigned Lyon to their first competitive defeat (not including penalty shoot-outs) in 118 games, which has seen the French side clock up a combined goal difference of 215-6 over the course of all their official games in the 2012-13 season.

London truly is a home away from home for German football this week.