Steaua’s owner Gigi Becali thought he had organised a huge tifo at the Arena Nationala to celebrate the 30-year anniversary of the club’s European Cup success.

However, when the display was unveiled before the kick-off on Wednesday night, it said “Doar Dinamo Bucuresti” which means “Only Dinamo Bucharest”. Ooops… 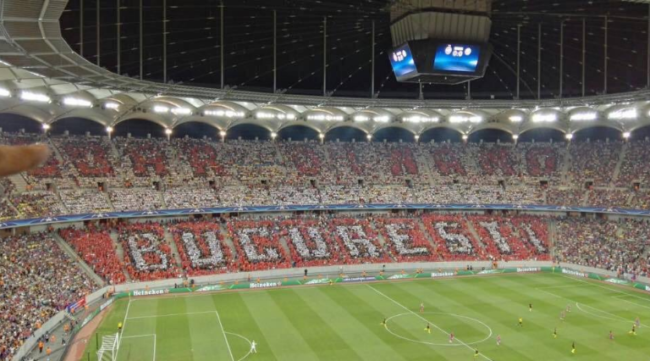 Apparently, a group of Dinamo supporters had posed as professionals to help with the organisation of the tifo, and their devious yet ingenious handiwork was there for all to see.

As for poor old Steaua, their evening went from bad to worse, with Man City giving the hosts a 5-0 thrashing. Not the best of nights for the once great club!