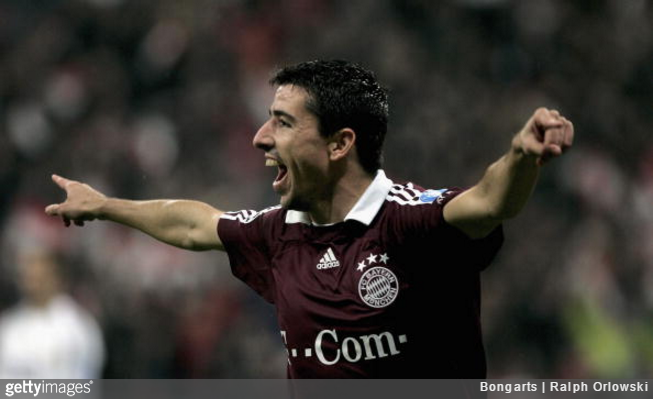 Worrying as it may be, it’s now a decade to the day that Roy Makaay came rampaging out of the traps to score what is still the fastest goal in Champions League and European Cup history.

The craggy Dutch striker dawdled for a whole 10.12 seconds before sliding Bayern Munich ahead against Real Madrid at the Allianz Arena on 7th March, 2007.

Here’s how it unfolded from the upper stands, with Roberto Carlos flubbing his first touch to gift Bayern the opening…

Having lost the first leg 3-2 at the Bernabeu, Bayern powered to a 2-1 victory at home to send Real packing at the last-16 stage.

Bayern then went on to lose to AC Milan in the quarters, who in turn went on to beat Liverpool in the final.

Makaay, you might be interested to know, is now in charge of whipping the Under-13s into shape at Feyenoord – the club he scored a glut of goals for at the tail end of his playing career.